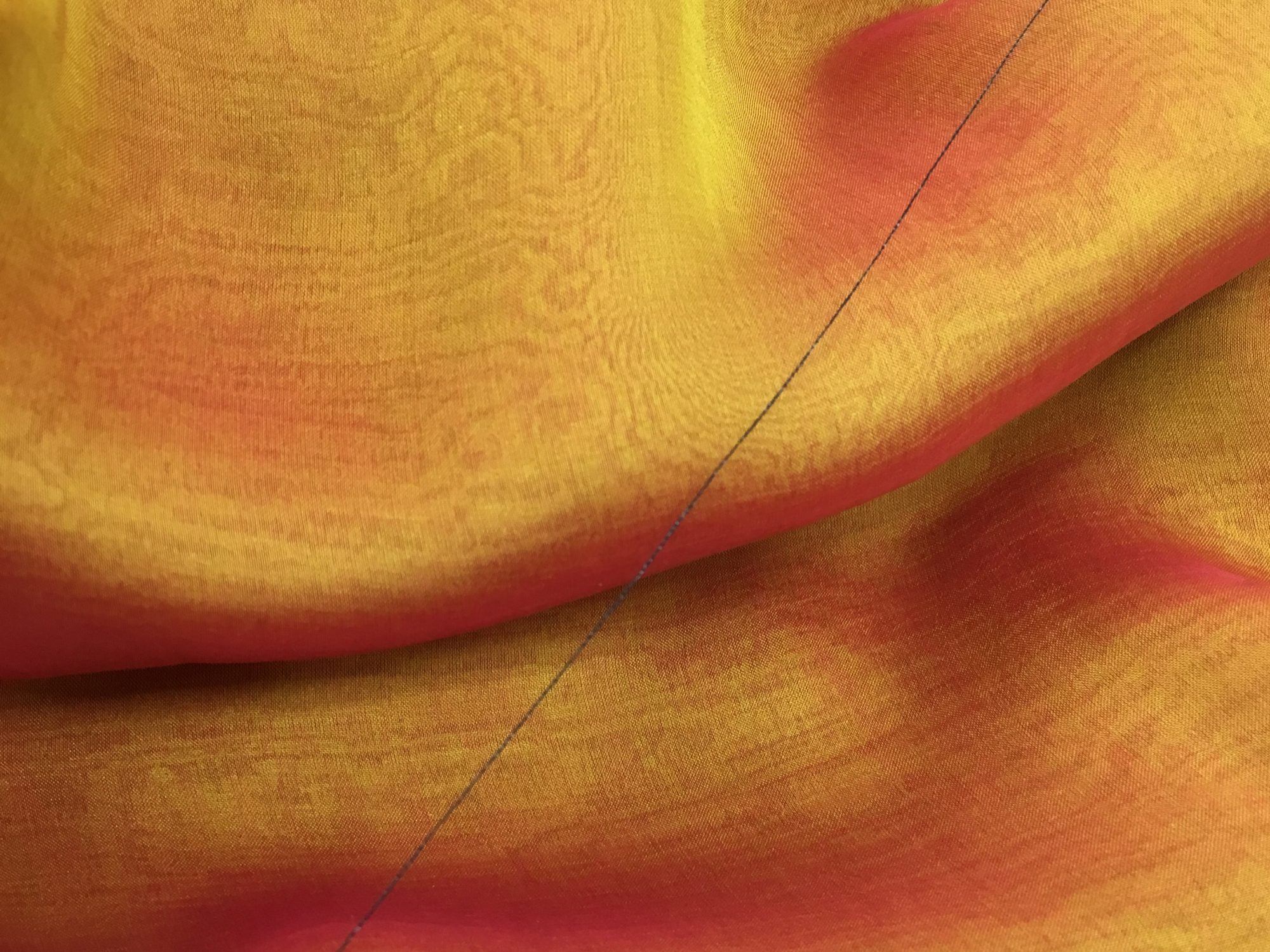 OK, so who am I kidding with the knitting business in the title? Nobody, that’s who! So let’s clear that out of the way: I finished knitting my mother’s new chenille scarf (still need to weave in the ends), frogged the shrug I’d been making since 2014, started knitting it into a small shawl which I was then unconvinced by and which fell off the needles when it got moved at some point. So that will be frogged too. Soon. I guess. Full stop. End of knitting.

Sewing’s a rather better situation, although I failed to follow through on my goals for the year of trouser-fitting and bra-making, neither of which I even attempted. But still, clothes happened and were worn! Hurrah!

OK, so 9 things. Not bad at all. And most of them have turned out great. And the only one that didn’t make ‘great’ (the batwing top, because my walking foot had a crisis in the middle of it and the neck ended up all stretched out because of it) is actually still wearable in public (and by public I mean London/Bath, not just down to the shops). Which in itself is a big step forward. In terms of stagewear, the dress, Kochi jacket and Adventure Tank have all been worn onstage – the dress having been made especially for Josh’s piece FEED. A few of these pieces also used up or repurposed materials – the Watson knickers were made from scraps left over from a couple of t-shirts and an old t-shirt of Djelibeybi’s which had worn into too many holes to be anything else; one of the self-drafted skirts was made out of the scraps from my last two pairs of Hudson pants; and the Kochi jacket/shirt was made out of some of the immense quantity of black cotton lawn that I bought to be tablecloths for Community of Objects.

Overall, while I haven’t perhaps challenged my sewing skills as much as I intended, I feel I’ve grown a lot more in confidence in the skills I have and in what I think I can take on. My mother gave me Named Clothing’s Breaking the Pattern for Christmas and I have to say that I feel I’m technically quite capable of taking on any project in the book. Which is not to say that I wouldn’t expect fitting projects to be tricky, or that I wouldn’t worry about wasting fancy coat material if the style didn’t suit me, but that I feel quite confident that my skills are up to trying everything that’s in there. I no longer feel that a shirt or jeans or even a coat would be ‘too hard’ for me. This feels like a huge leap forward, and one that doesn’t really match up with the level of sewing I’ve done this year, so maybe it’s just that I’ve lived with sewing for long enough, and thought about it, read about it, planned for it for long enough that I’ve reached a comfortable point with it. Hurrah!

So not a vast amount, but useful things. I had French seams on here, but then I remembered that I actually learned those last year so off the list they came. I’ve not really taken on many challenging projects this year – the Inari, Hudsons, and Adventure Tank are all things I’ve made before, so there are only 4 new patterns in there and none of them required any fitting, actually, although I’m still tweaking the underwear pattern to my liking. It’s actually been an FBA-free year because I’ve mostly gone with loose-fitting stuff that I didn’t need to work out adjustments to. Which, if I’m honest, has at least partly been because I’ve been struggling to get my weight down and failing, but not really wanting to accept my current size, which the effort involved in making a new FBA on a pattern kind of needs a level of acceptance for. So I’ve dodged that, instead going for loose-fitting styles with giant sleeves. It’s worked out well, but I feel that maybe it’s about time I just bit the bullet and prepped a new top pattern – I’m running out of winter clothes and the season has barely begun.

I’m hesitant to list really complex stuff like trouser-fitting this year, because already the year’s very full and I’m second-guessing my decision to sign up for extra paid work, let alone trying to commit to complicated and stressful sewing. I need to get onto the bra-making and start getting to grips with that, but maybe I’ll work from a list of things I know I need to make, plus things that are unfinished:

I think that suffices. for things to be doing this year. In terms of approach, I now have a metric smegtonne of patterns I haven’t yet made up – including but not limited to the Pietra Pants from Closet Case Files, the Alma Top from Sewaholic, the Rigel Bomber from Papercut, several Sew Over It patterns – including the Carrie and Ultimate Trousers, Heather Dress – the Jenna Cardigan (can’t even remember who that’s by), the Kabuki top from Paper Theory, PLUS the whole of the new Breaking The Pattern book and not having made so many of the things I liked from the first Tilly and the Buttons book – I think I want to put pattern-buying on hold for several months at least and just work with what I have. Likewise my stash – I’d like to start using up what’s in there and minimising what I buy until I’ve cleared some space, so, urgent tops aside, I might start letting the stash dictate what I’m sewing for a little bit.

I don’t know that setting knitting goals is terribly useful, but this winter I’d like to make a hat/mittens/scarf set out of the yarn that came from the shrug. Surely that’s possible???

So there we are. That’s the year in handicrafts! It feels like not much challenging will go on in 2020, but challenge isn’t my main aim here – having stuff to wear is!