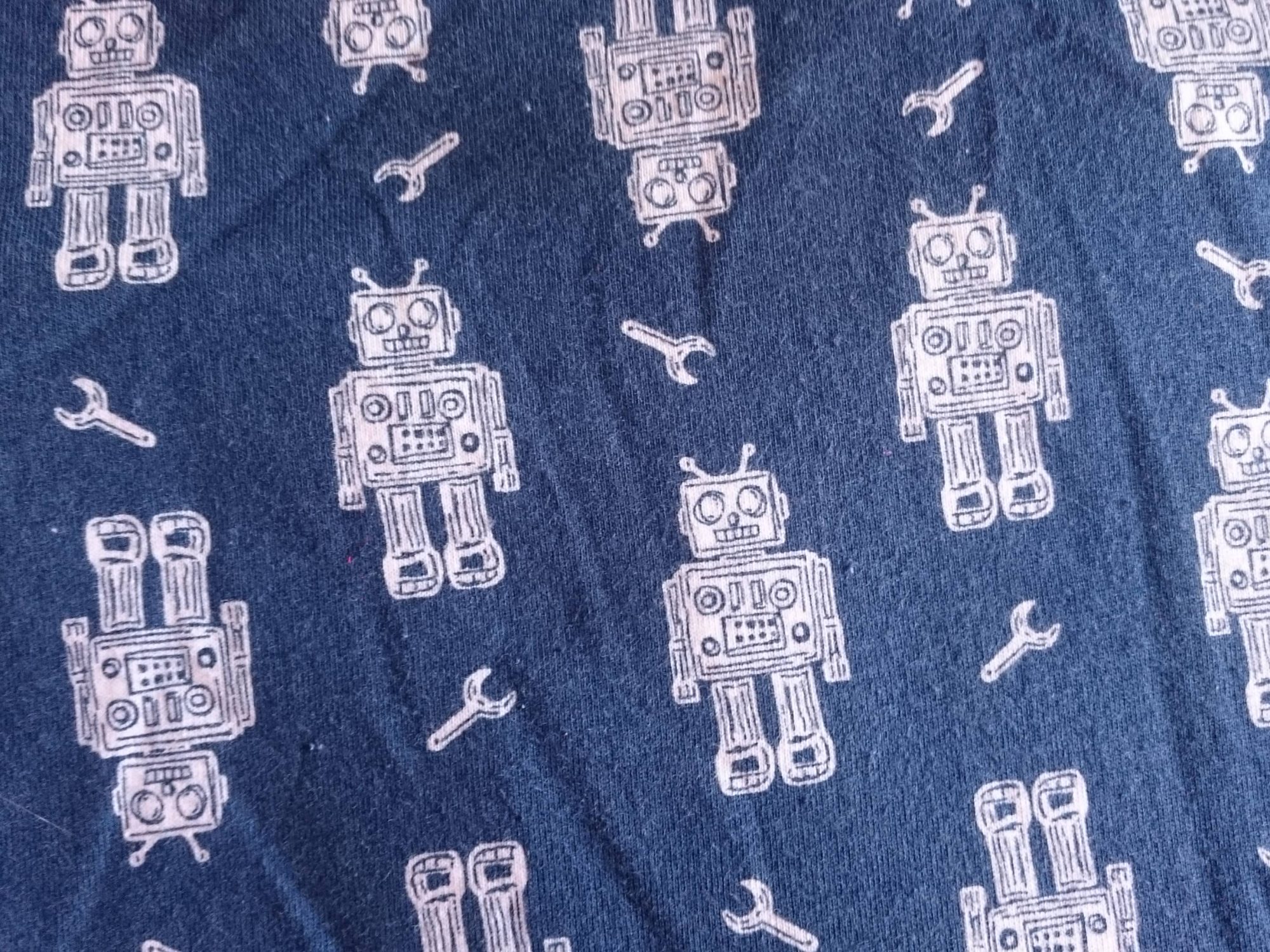 I’ve not been doing a whole lot of sewing in recent months – there’s a been a lot of PhD work, a lot of travel, a lot of exciting career things happening which in combination with not a lot of money to spend on fabrics has meant pretty much no sewing’s got done. While I was in Australia though, my mother forced (what, you don’t believe me??) me to go through her fabric stash with her, which has resulted in some rather nice acquisitions:

Add to these two presents from my mama – 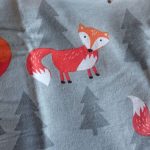 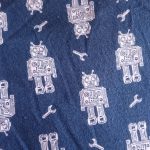 2m navy blue soft cotton jersey with white robots on it which I found on the sale table at Spotlight for the princely sum of $10 (= about £6), and my stash has been pretty well revitalised. To the extent that I’m not entirely sure what I should make next.

I’m thinking it could well be a Papercut Rise variant I’ve been considering for some time – I’ve made an adjustment to narrow the shoulders a little and have been thinking for some time that a version with elbow-length sleeves would probably be nice for autumn/spring and maybe my robots are the answer to that.

I still need to make the fitting adjustments (shoulders, FBA) to the Bonn shirt pattern, which has been sitting round for what seems forever – planning on making the toile for that in the leftover burnt orange viscose from my mama’s Christmas top. I really want to get this pattern working because I keep ending up in performances where 2 days before the gig someone says “everyone’s got a white shirt, don’t they?” to which my answer is variously “aaargh”, “no” and “why couldn’t you have said this 3 weeks ago?” – so if I can get a button-up shirt pattern fitted properly, then I can start work on an actual white shirt. Then probably a black shirt. And maybe a blue one, just to cover all performance bases.

I’ve printed out and taped together the Hudson Pants pattern – but still lack appropriate fabric for that one really as everything that has enough stretch to it and is within my price range seems to also have polyester in it which makes me itch.

I’m tossing up whether to use the violent 90s striped jersey for a Heather Dress – it would either look amazing or be a total disaster. Really not sure which. Probably the latter, given that I’ve not FBAed princess seams before, and certainly not in jersey. Also never done pattern-matching before. In jersey or otherwise. Maybe that’s best kept for something simpler. I’ve contemplated the Inari t-shirt dress, but I suspect it too would need an FBA and I just don’t know what it would look like on me.

It seems kind of nuts, given the recent replenishment of my stash and general fiscal disaster-zone, but I’m really tempted to pop off to Ikea and just grab some calico or similarly cheap fabric and start making up toiles of some of the (non-stretch) patterns I have lurking here. I wonder whether some of my reluctance to get started is a lingering concern about messing up fabric I really like that I can’t get more of!

What I do know is that I need to stop procrastinating and just start sewing something!