Just a quick update today – absolutely exhausted after a stinkingly hot day out at the house. True it wasn’t as bad as I thought it would be – once we managed to open all the windows, there was actually more airflow than expected, and there was a nice breeze coming up the hill from the river, which helped too. But I’m not good with hot weather so am rather wrecked tonight.

Mostly today was more scrubbing – the electrician was out yesterday, and again today, and he’d pulled up half the floorboards in the top two so scrubbing those was out. The bedroom’s perimeter is still covered in this & that, so that was out too. Which kind of just left the stairs. So I have scrubbed the stairs. And damn hard work it was too. And scrubbing involved removing yet more nails of varying sizes from the stairs but at least now all the stairs down the ground floor are done – the ones from the ground floor down to the basement are new so while they’re also dirty it’s not ingrained in them yet.

We also had a useful discussion with the electrician about bathroom lighting, how to organise the circuits for the room and hall lights, and the plan for powerpoints – SO good to finally be getting things fitted! By the end of Monday we should be all sorted for the lights and powerpoints and the bathroom electrics!

And I achieved my first-ever solo flat-pack project! We bought me a little stool at Ikea the other night. And I assembled it, all on my own! It’s true I tried to screw it together back to front to start with, but I soon sorted myself out – and now I have a step! I can open windows! I can get tins of tomatoes off high shelves! Huzzah!

So a small day, albeit an exhausting one. Monday is when the real fun begins – we’re spending Sunday night at Dartford so we can make an early start, and in the plan is to go out and buy lime putty and a paint mixer and then I will start my homemade paint adventure! Yes, on Monday I’m going to be making my first test batches – I need to run tests on the limewash to see if a linseed-enhanced limewash will stick to the floor and what effect the pigment has. I also need to do a test (possibly not on Monday) to see how the egg & linseed oil paint turns out – I want to use this one on the front door. Part of Monday’s work will also involve stripping paint – the blops on the floor in the top two rooms once they’ve been scrubbed, and the white panels along the sides of the stairs.

Tomorrow, though, we’re going to look at hand-made Mexican tiles as a possibility for the feature wall in the bathroom. What do you think? 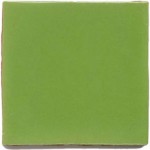