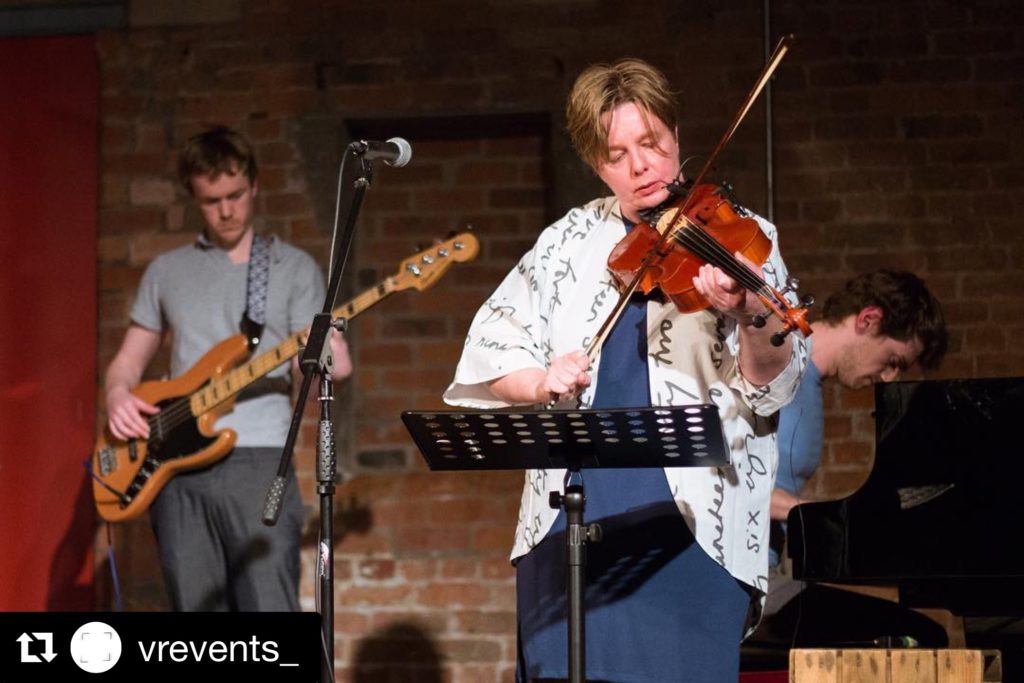 I’ve been procrastinating on making another Inari Tee Dress – and specifically on making the adjustments needed to raise the armscye to improve arm movement and make it suitable to be made in a woven – and then I asked Josh what he wanted us to wear for his new piece FEED and he said “I rather like that orange and green dress of yours”. And that the colour palette was blue and grey.

So I went on the hunt for fabric – which proved trickier than anticipated – but I finally lucked out with a fantastic find of 3m teal-coloured polyester stretch crepe in the remnant bin at Rolls and Rems in Lewisham for the princely sum of £4.95. I’ve never worked with polyester before, and certainly not with stretch poly, so I was a bit concerned about how it would behave for cutting and sewing, and then a little concerned about how it would work for a performance – would I get overheated and itchy? Would I freeze to death in the almost-always-perishingly-cold venues we seem to perpetually inhabit?

To cut a long story short, it was a dream to work with – no problems at all. I was able to use my new rotary cutter which made cutting out super-easy and fast, the sewing machine loved it, and while I’ve only done one gig in it so far, it was absolutely fine, as well as coming with the inestimable benefit of not needing to be ironed!

What was tricky though was that, having laboriously made those pesky adjustments to the pattern – raising the armscye, the associated changes to the sleeves, bust line and raising the hem slightly – I cut out the dress and started assembling it. But when I first tried it on, the darts were just insanely low – 6cm below where they should be! And the hem came down below my knees. What had gone wrong?? The pattern had seemed OK when I held it up to me before I cut it out. I was deeply confused. Eventually I realised that the weight of the fabric, combined with the high proportion of stretch, was causing the dress to stretch out under its own weight! Of course that didn’t actually solve the immediate problem and it was impossible to work out how to adjust the pattern to compensate for it, even if I’d had enough fabric to start again. I’m not that much of an engineer!

So what to do? While I felt the armholes were being stretched out by this, I also realised that if I took a tuck across them, this would also affect the sleeves and cause them to not fit properly any more. So I decided to place the tuck just under the armholes, running right the way around the dress. As I’d already sewn up the side seams and didn’t really have time to go unpicking them again, this was a bit of a hack job – I laid the dress as flat as I could, measured down from each armholes then used my quilting ruler to line up these marks and make dots along the line of the ruler. I then measured down from each of the marks with a tape measure (rather than risk then getting a wonky line from the probably-wonky original line) and made the tuck from there. No, it’s not quite straight, but it seems OK, and it certainly raised the darts back into the realm of the somewhat sensible. The hem’s still a bit long – it pretty much hits at the knee rather than the couple of inches above that I’d planned – but it seems OK, and I might do another turn up of 3cm still – although I don’t think I’ll trim the fabric in case that then leads to a surprising and sudden rise! 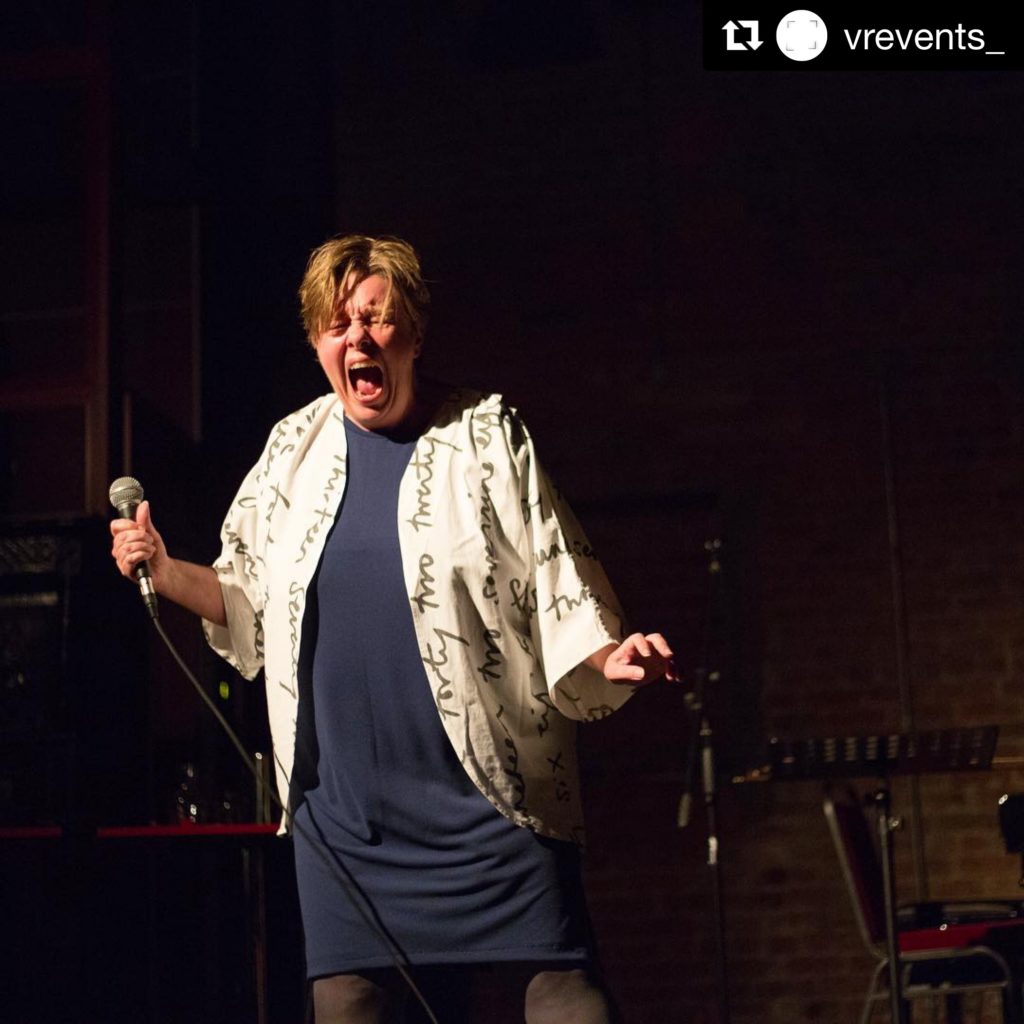 Apart from all that, the only change I made from my first version was to reinforce the top of the split with a bartack. I’ve never done one of these before but it seemed the logical solution as this point in the orange and green dress pretty quickly started to tear. While I suspect the polyester won’t tear so easily as cotton jersey, I’m also aware that this dress is likely to come under a bit of strain as a performance garment – the current set of pieces aren’t particularly clothing-challenging, but who knows when I might be called on to wear it again and to do what!