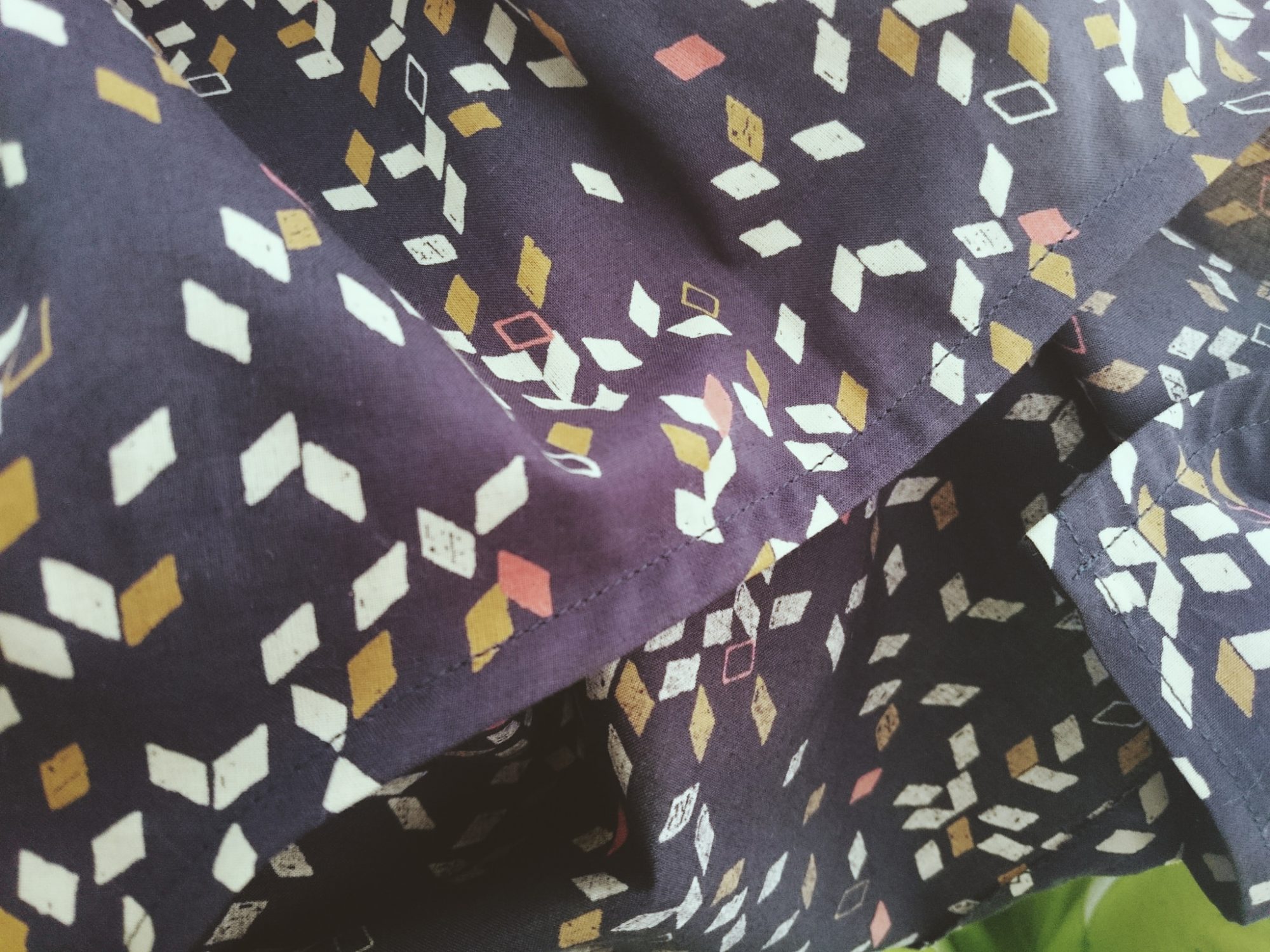 Sewing’s been the new timesink in my life this year, and while it doesn’t feel like I really did very much, I think it’s worthwhile to review what I made, what I learned and what I hope to build on in 2017.

All this since the end of May. 8 different patterns in this list and the Sew DIY Lou Box Top is clearly the star of the year with 4 tops made from it. One of the skirts is getting loads of wear and all the tops have been in heavy rotation (the sleeveless ones not so much since autumn set in because it’s not really a layering-appropriate design, but before that were regulars). The bag is my go-to bag whenever I don’t actually need a whole backpack, and the pyjama bottoms are super-comfy, although a little cool for this time of year.

The second skirt isn’t being worn so much because the length is a bit odd and then the waistband press stud came off and needs to be mended, so the only real disaster of the year was the Megan dress which was my very first attempt at an FBA without really having a clue what I was doing. All in all, a pretty good success rate, I think!

Not bad! Big kudos to:

I actually have a ton of patterns lurking quietly on my hard drive waiting for me to make them up, most of which fall into the easyish category, but also most of which will require me to make some adjustments:

So that’s eight patterns right there. Given that I want to perfect my Colette Sorbetto FBA too and there are bound to be a couple more Lou Box Tops because they’re just so easy and comfy, and I know already that I want at least one more Tilly and the Buttons Delphine skirt, there’s a possibility that I won’t actually get to all of these. The ones I definitely want to have a go at though are the Heather dress, Union Street Tee (because all my RTW t-shirts are dying and t-shirts are just easier to travel with than things that need ironing) and the Hudson Pants. I do have some official sewing goals for 2017, but they’re in the overall goals list, and these are the patterns I’m planning to work with 🙂

Just as I’ve amassed a bit of a stash of patterns, I’ve also got a small stash of fabrics that I don’t want to get too out of hand (because I don’t have anywhere to keep it at the moment). Also feeling rather broke after Christmas, so I do want to try to use what I’ve got before buying much more.

I’ve not been doing much knitting this year. Not really sure why. But I did finally complete my green Knotty gloves (too late for last winter but they’ve been getting some wear this time round) and I also made a super-long scarf for Djelibeybi.

For 2017, I want to finally finish off my shrug – the sleeves are done, I just need to sew up under the arms and make the ribbing collar thingy that goes all the way around. Fingers crossed I have enough yarn! and I’m also about 2/3 of the way through a new cowl which should be finished soon.

I’ve been enjoying getting back into knitting over Christmas so I’m thinking maybe a few simple projects to try to use up the yarn that’s in my stash – there’s some lovely stuff there that just needs to be made into things so it’s silly to leave it lying around. I don’t really want to take on any big projects, just fun things with what I have for the moment.