Round 2 with the full bust adjustment! This one definitely fits better than the first go at this pattern but it’s still not quite right. 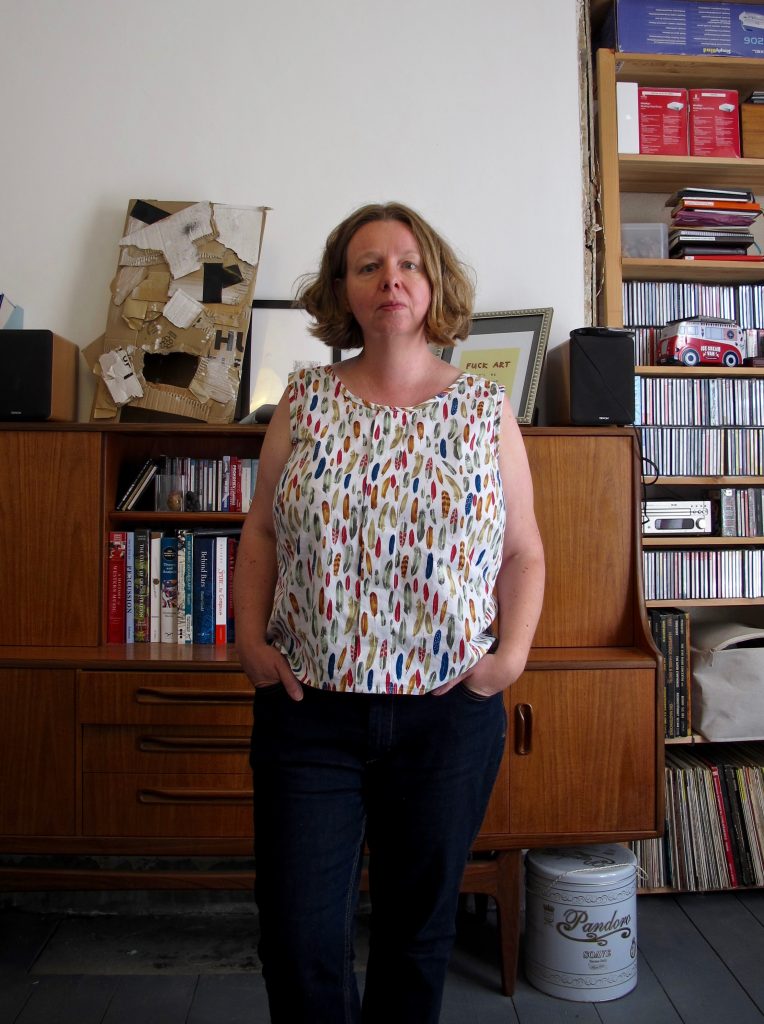 But first the things that are right. The neckline’s sitting much better (now that the space in front is actually fully provided by the FBA rather than spreading the whole front out down the length of the pleat) and overall I think the armholes are close to right (in spite of the fold in the photo and if one ignores that I seem to have stretched the left one a little while sewing it – staystitching those armholes for the next round!). Still happy with the length and overall the whole top’s just sitting better. Even the back seems to be sitting better than the last version although I’m not entirely sure why because that part hasn’t been changed at all (crumpling is due to having worn this all day before remembering I needed to photograph it)

But the bit that’s not right is still the darts. 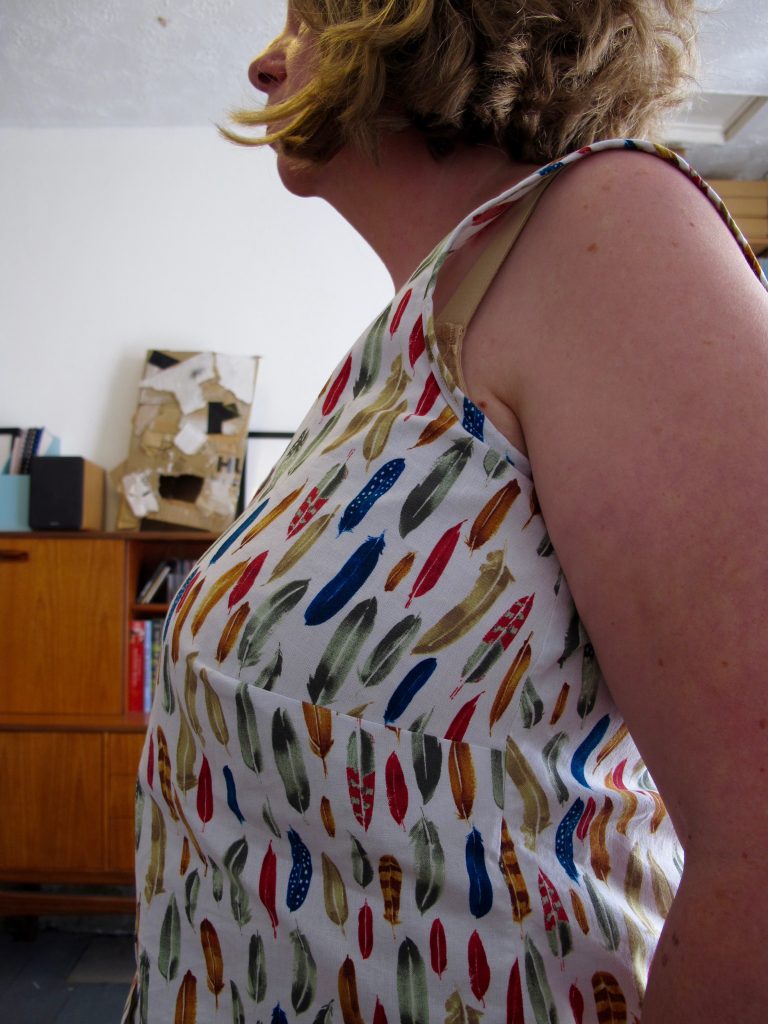 Position-wise I think it’s OK, but there’s a sort of bubble of fabric at the end of it and you can see in this photo how the side seam is being pulled forwards which, coupled with the front hem still kicking out a little bit, makes me think that maybe the FBA should be a touch bigger still, even though 1.5″ was what my calculations ended up with. I feel that that side seam should be straight, yes? I mean, it’s not really a big deal because my back is quite small so there’s plenty of fabric to play with, but I do want to get this right.

As for the bubbly dart tip, I’m thinking that this is either going to require a curved dart rather than a straight one, or to split this dart in two, which I know is going to be needed for some patterns, but on this one the size still looked fairly reasonable to my inexperienced eyes so I did think I might be able to get away with just the one. I did a little research and discovered that I shouldn’t actually be just sewing off the end of the dart and tying, but should do a couple of stitches along the foldline before finishing, and should be tying off 1/8″ away from the actual fold rather than tying my threads tight. Once I found this out, I added a little handstitching to the darts to do the foldline stitches, and it did help a little bit but it’s clearly not enough.

So it looks like there’ll be a Round 3 with the Sorbetto pattern but I’m hopeful that 3rd time’ll be the charm and I’ll get it right and understand better what I might need to do overall to fit me, and then it’ll be on to the Sewaholic Alma blouse!