UK rock festivals seem to be something peculiarly British – the mud, the beer, the Wellies – and until now I had never actually been to one. I’ve wanted to, but have had so many injuries the past few years, not to mention being totally put off by the threat of the dreaded camping at Glastonbury, etc. and my own digestive dramas, that I’ve never managed to get myself to book in for one.

Then, a few weeks ago, before we moved, Djeli came out with some fateful words: “Paul Simon’s doing the whole of Graceland at a gig in Hyde Park”

Well! I ask you: what more does it take? I coughed up the £60-odd and mentally prepared myself for mud. 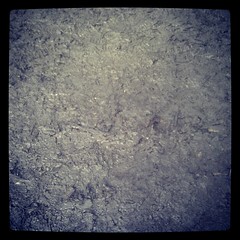 So, yesterday, we eyed the grey skies with caution, packed the cosy rainproof capes that Djeli and D bought at Download last year, and headed off to Hyde Park for the last day of Hard Rock Calling. I was a little nervous – after so many injuries to my ankles and lower limbs in general over the past couple of years, I’m not good with slippery and I’m not good with uneven ground and I’m not very good with standing about, but by golly it was TOTALLY worth it, even though I slept badly because of the pain and ache entirely from the knees down today. It was AWESOME!!!

We got there a little before 4. It had actually started at 2 but we were neither of us keen on risking a drenching when we wanted to be sure we’d still be in tip-top condition for the final act of the night, so we took our time, went out to the house, I sent off a score, we dropped a bag of sleeping bags and jamón-flavoured crisps from Spain in to D at his work and trundled off to Hyde Park.

On the main stage as we arrived were Punch Brothers, an awesome bluegrass band who gave us some truly inspiring banjo and mandolin moments and made me wish we’d arrived in time for the beginning of their set. From there we wandered over towards the Pepsi Max tent, caught a bit of Chailo Sim’s gig at the bandstand before hearing the first three songs of LP‘s set. She has an amazing voice, but the balance was really weird and the extreme bass was making it difficult for both of us to breathe! I’ve never experienced that before – somehow the bass caught us right at the top of the chest. The music was great, but it was quite uncomfortable to listen to. Will chase her up online and see what I can hear there.

The other reason for leaving LP’s set a little early was that I wanted to hear some of what was going on at the Hard Rock Rising stage, which was for shiny new bands. We caught the last 3 songs of a band called Life in Film, who put on a great show. Their drummer looked about 12 (although I’m sure he wasn’t!) but was fantastic – a great set. They seemed to already have some dedicated fans in the audience too 🙂

Then it was back to the Main Stage for Alison Krauss & Union Station ft Jerry Douglas. The only thing I knew about Alison Krauss was that she’s on the O Brother Where Art Thou soundtrack, and even then I wasn’t sure which tracks she was on. Her whole set was great and I shocked myself when I realised that I was happily listening to and greatly enjoying country music. Now there’s a first. There was a great moment during “Rain Please Go Away” when the sun actually came out – and stayed out! But there’s no doubt in my mind that the highlight of her set for both Djelibeybi and me was when she introduced Dan Tyminski as being the voice of George Clooney in the film O Brother Where Art Thou and they then did Man of Constant Sorrow. We both adore that film, and the music is brilliant. Man of Constant Sorrow is regularly on repeat in this house, so that was a real treat. I was on such a high after that that I felt that even if it suddenly poured and they had to cancel Paul Simon, I would still be happy (glad they didn’t though!)

There was a gap between Alison Krauss and Paul Simon, so we made our way back to the Pepsi Max stage to hear Big Country. We’d got ourselves in a bit of a muddle over this one. Djeli had originally said that “In a Big Country” was by them, but I’d always thought it was by an Australian band. Turns out that Djeli was right, but I guess we didn’t stay long enough to hear them because their scheduled slot ran over the start of Paul Simon and we both wanted to see the whole of that. But Big Country were putting on a great show (loads of middle-aged people totally rocking out 🙂 ) and made a really compelling case for missing the start of Paul Simon even though we didn’t know any of the songs, but we resisted and trotted back to the main stage. If there’s another chance to see these guys live, I’d definitely take it. 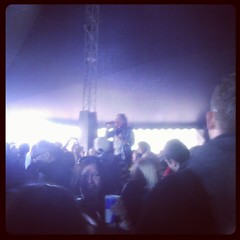 Well, Paul Simon was fantastic. I don’t have superlatives enough to describe how good his set was – 3 hours with interludes of others – Jimmy Cliff, Ladysmith Black Mambazo and a couple of (presumably) South African artists I hadn’t heard of and whose names I have unfortunately forgotten. It was just superb. I have never been at a gig before where so many people were dancing – and really really dancing, not just bobbing about. I would say about 98% of the crowd were dancing at some point and most of those most of the time.

He started with Kodachrome, and the set was a mixture of the songs from Graceland (with Ladysmith Black Mambazo for ‘Homeless’) and some older stuff. ‘Me and Julio Down By the Schoolyard’ really did get everyone dancing, and by the time he got to ‘You Can Call Me Al’ the whole thing was more like a party than a concert. Amazing. 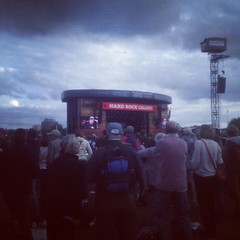 He quietened the mood down a bit for the encores, with a beautiful solo version of The Sound of Silence, and The Boxer, with a slide guitar accompaniment by Jerry Douglas from Alison Krauss’ band. The final song of the night was Still Crazy After All These Years, which seemed very appropriate.

I can’t tell you what an amazing evening it was. I’m still reeling from it and I suspect that every time I hear some of these songs, I’ll remember this concert and grin from ear to ear all over again.

2 thoughts on “My first music festival”